Public road transport in Istanbul dates back to 1869, when a contract to build a tram system was signed. With this agreement, Konstantin Krepano Efendi’s “Société des Tramways de Constantinople” obtained the concession to operate public transportation for forty years. The inauguration of four lines of horse-driven trams was in 1871. In the first year, the horsecars transported 4.5 million people on the lines Azapkapı- Galata, Aksaray – Yedikule, Aksaray- Topkapi and Eminonu – Aksaray. More lines were added in the following years. 430 horses were used to draw the 45 carriages, including 15 summer-type and some double deckers. In 1912, the horse-drawn tram had to cease to operate for one year because the Ministry of Defence sent all the horses to the front during the Balkan war.

Bus transportation in İstanbul started in 1926 with four Renault-Scania buses between Beyazit and Karakoy. The fleet grew up from 9 buses in 1942 to 16 in 1955 and to 525 buses in 1960, and then became the backbone of public transport in an ever-enlarging city.

On 27 May 1961, trolleybuses were put in service first between Topkapı and Eminönü following the elimination of trams. However, the last trolleybuses were taken out of service in 1984, because they hindered the growing traffic in the narrow streets of the old city.

In 1988, a company called Ulaşım A.Ş. (Transport Inc.) was established to run the services of  LRT – light rail transit  (since 1989), Metro (since 2000) and  modern trams (since 1992) by the Municipality of Istanbul. The company is still active and will be the operator of the new rail lines.

The construction of the underground railway in Istanbul began in 1992. The first line  M2 between Taksim and 4th Levent  went into service in 2000. This line is 8.5 km long and has 6 stations, which all look similar but are in different colours.

M6 is a line branching off the M2 from the Levent station running east towards Hisarüstü and  Bogazici Universitiy . It opened on 19 April 2015.

There is also M5, which links Üsküdar, Ümraniye and Çekmeköy.

All lines are operated by Metro Istanbul (the new name of Istanbul Ulaşım A.Ş.) which belongs to the Municipality of Istanbul.

The bus fleet has a total of 4,012 vehicles built by  MAN, Mercedes-Benz, BMC, Otokar, Temsa, Guleryuz. In 2012 the daily ridership was 3,621,908 passengers, representing 30% of the city’s total daily transportation.

Since 1985, privately owned ÖHO (Özel Halk Otobüsü – Private Public Bus) buses have been allowed to operate under the authority of İETT. There are 2,157 private owned public buses, including 144 double-deckers. There are 783 bus lines excluding diversions as of May 21, 2018. Many routes have diversions running one roundtrip a day on average, which usually feed less developed suburbs around frequent routes. Some routes also provide short turning services at peak hours for crowded stops. Those diversions are listed under the same headsign reference as main route. Buses running diversion routes do not display route numbers, spelling out the route on the headsign in detail instead. In 2010, the municipality decided to found a new company called Otobüs A.Ş. (Bus Inc.) in order to more quickly replace old vehicles.  Otobüs A.Ş. had a fleet of 544 vehicles as of December 2012. The vehicles are fully low floor and certified to Euro 5 standards. In 2014, IETT carried 1.31 billion ticketed passengers, a record for a Turkish transport system.

How to use Istanbul Metrobus?

The Metrobus (Metrobüs) is a 50 km bus rapid transit route in Istanbul. The system has 45 stations that follow the city’s ring road  using dedicated bus lanes for almost the entire length the route.

The busway, the first section of which opened in 2007 after two years of construction, is used by a number of Metrobus lines which operate within a ‘closed’ system.

Istanbul Metrobus, is a fast and non-traffic public transport service in Istanbul. Anyone using the Istanbul Card can easily use the Metrobus service. It is characterized as a single line in the middle of the highway. as it does not get stuck in the traffic.

Serving 14 million Istanbul residents with 5 thousand 100 buses and more than 50 thousand trips every day, Istanbul Electric Tram and Tunnel Operations (IETT) established a bus fleet management center in İkitelli Garage with a team of 30 people to monitor and manage public transportation vehicles electronically. The team, which monitors Istanbul traffic on the giant screen set up in the center, where the location of all buses can be monitored with the GPS connection established to the buses, will provide the management and administration of IETT vehicles according to the traffic situation of the road. Within the scope of the system, flight delays can be intervened and lost voyages can be prevented.

BELOW is the presentation of BRT METROBUS during Busworld Turkey in May, 2022 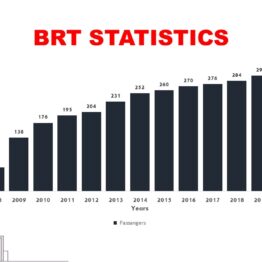 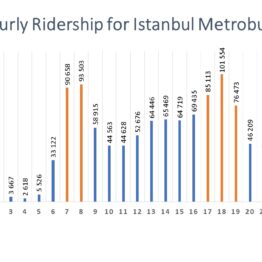 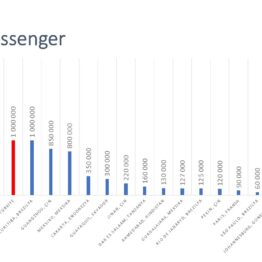 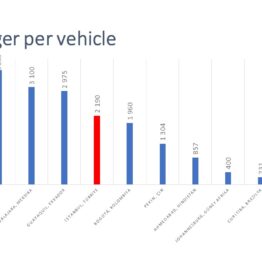 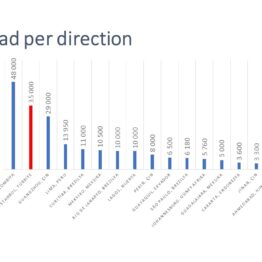 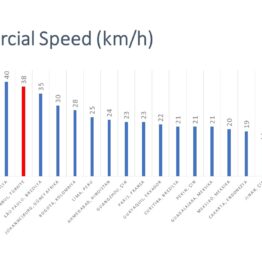 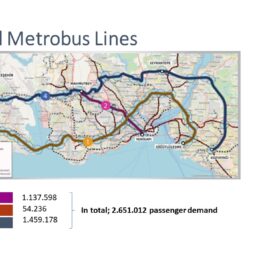 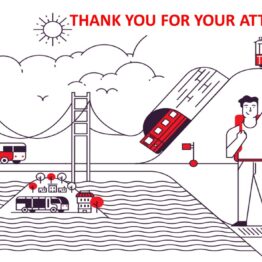 You can read more about BRT ISTANBUL HERE.

Busworld Southeast Asia is getting ready for its second edition