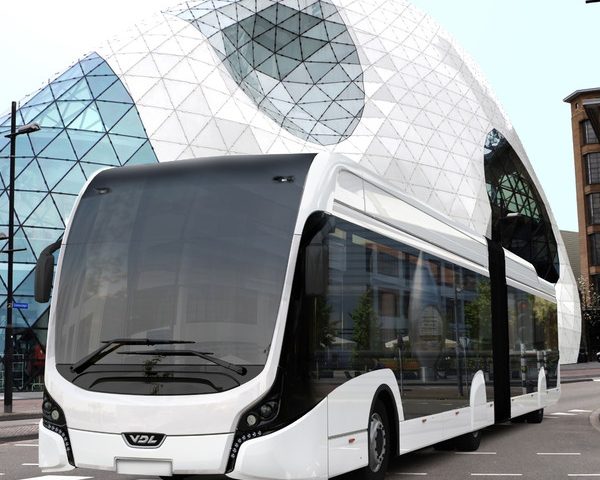 Dutch public transport company Connexxion has placed an order with VDL Bus & Coach for no fewer than 100 Citeas SLFA Electric. This is the largest order for electric buses in VDL’s history and gives Connexxion and its parent company Transdev the largest electric bus fleet in Europe. The order also includes 18 VDL Futuras FDD2. It is the first time that double-deckers will be used for public transport in the Netherlands.

All the buses and coaches are destined for the Amstelland-Meerlanden concession in the province of North Holland, a concession characterized by huge passenger demand. The 100 electric Citeas will be deployed for the bus lines serving Schiphol and the surrounding area and on bus rapid transit lines within the concession area. The buses are of the same type as the articulated buses used by Hermes in Eindhoven. With 100 units, however, this will be the largest electric bus fleet in Europe. The buses will have their batteries topped up periodically so they can operate 24 hours per day. There will be places at the depot where they can be charged at night, if desired. Each of the electric buses will be driven over 100,000 km per year, and they will be fitted with the latest battery technology that meets the highest and strictest European requirements.

The Futura double-deckers are destined for rapid transit lines between Haarlem and Amsterdam South. The need for transport is so great there that the decision has been taken to use VDL Futura double-deck coaches. With a length of 14.1 metres, there is room for 86 seats. The door constructions will be adapted to the demanding public transport work. To optimize the flow of passengers and entry and exit, displays will be placed on the outside to show where free seats are still available.

Karsan Flexes in Berlin with its Electric Buses!  The zero-emission, high-range electric vehicles from Karsan, helping…

New Generation of Irizar Buses and Coaches at FIAA 2017