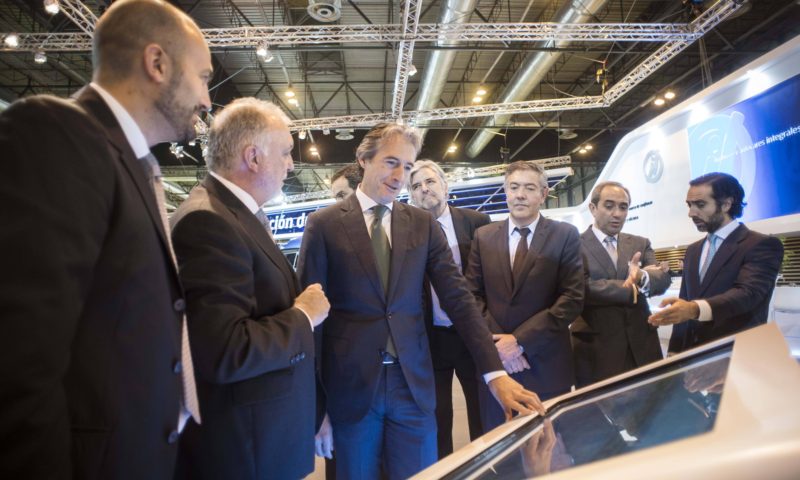 This year, Irizar attended the International Coach and Bus Fair in Madrid (FIAA 2017) with a 2,000m2 stand where it presented its brand, technology and sustainability strategy and its new generation of products and technological solutions available to the customers.

On the stand, it was possible to see the extensive range of Irizar coaches and buses and the different technological solutions included, from integral coaches and 100% electric buses, to hybrid technology in Class II vehicles for urban and intercity services. This range covers all sectors of public passenger transport, from occasional services to regular public commuter services, encompassing urban, intercity and long distance routes, whilst being a leader in the sustainable mobility sector.

Irizar is thus showing its firm commitment to its customers and society, to whom its products and services provide high added value whilst not ignoring fundamental elements like design, personalisation and sustainability.

The milestones that have contributed to what the Irizar brand represents today: a benchmark in the industry whose products prioritise profitability, reliability and quality, starting in 2009 and continuing recently in 2014 with the advent of the Irizar i2e electric, in 2015 with the arrival of the Irizar i8, in 2016 with the launch of the new Irizar i6S, the Irizar i4 and i3 hybrids and the first prototype of the 18 metre 100% electric articulated bus; so we are now able to offer a new and complete generation of buses and coaches.

A coach which satisfies the sector for long distance, high end and VIP occasional services.

This vehicle is underpinned by a dynamic aesthetic and innovative technology and is the ultimate representation of quality, robustness and reliability in a sector where its personality and overwhelming visual impact stand out.

Launched onto the market last year, and winner of Spain’s Coach of the Year 2017, this is a versatile coach which, depending upon its equipment, is as appropriate for long distance lines and short routes as it is for occasional services. It is a coach which meets the needs of those in the sector who require dual-level versions with a central aisle, and it offers this with i8 style and technology, and with the spirit of the new Irizar generation.

It was possible to view two versions of this model at the stand, one is a 15m 3-axle vehicle that is equipped with a DAF MX13 460hp engine and the other is 13m 2-axle version with a DAF MX11 435hp engine. Both have distinct features and equipment to provide service and comfort to the driver and passengers.

The hybridisation technology developed by Irizar is parallel hybrid technology. A latest generation HVO (hydrotreated vegetable oil) diesel or bio-diesel propulsion engine is combined with an electric motor which, according to requirements, provides power or generates electricity. This means that, depending on the situation, the engines can act either individually or together to achieve optimum efficiency and performance.

The twin axle version, of up to 13 metres in length, of both the Irizar i4 and i3 models has a 6.7 litre Cummins engine with 300hp and 1200Nm of torque and meets European regulation 6-OBD C, which has been in force since January 2017. The hybridisation package is an Eaton model, which consists of a 6 speed Eaton-Fuller robotic gearbox plus an inverter, a water cooled EDRIVE (44/65 KW) electric motor and MGL lithium-ion batteries.

The hybrid range of vehicles was represented by two coaches: a 13m version of an Irizar i4h, the only Class II hybrid coach in the world with a raised aisle and luggage compartment, comprising 55 seats + 1 PRM seat, and a 12.75m Class II Irizar i3h low entry version with 45 seats + 1 PRM seat.

These vehicles, which have already been on our roads for a few months with some of them having travelled more than 40,000km, offer fuel savings of up to 21% in comparison to an exact same vehicle with diesel technology.

This year, as a great innovation, Irizar will be launching the 15-metre long hybrid editions of both the Irizar i4h and i3h. In this instance, the 25tn vehicles will have a Cummins 8.9L OBD C engine, with 370hp, 1600 Nm of engine torque and a ZF automatic 6-speed transition gearbox. The batteries and hybridisation package for this new edition will be Irizar Group technology.

These vehicles will shortly be put into operation and will make fuel savings equivalent to those of their 13m counterparts.

With regard to electro-mobility, this May commenced production of electric buses at the new company, Irizar e-mobility, which is dedicated to offering integral electro-mobility solutions for buses as well as for their main components and systems for city vehicles.

The product range includes 10.8m and 12m city buses, articulated or bi-articulated buses and other electric vehicles to serve cities. Irizar e-mobility’s first 100% electric, 18m BRT (Bus Rapid Transit) unit is completing durability and reliability testing prior to its distribution to customers, and it will be launched onto the market at the end of this year.

The Irizar i2e was represented at FIAA by a 12m vehicle with space for 29 seated, 47 standing and 2 RMP, and with sodium-nickel chloride batteries with a 376kwh capacity.

Electric buses have been operating in various European countries since 2014, and today we are in a position where we are able to guarantee their performance with regard to range and reliability. 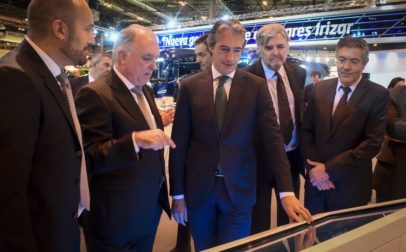 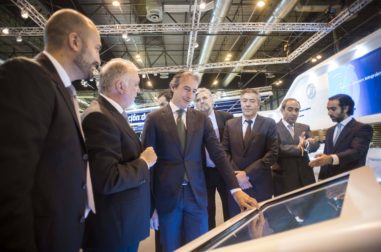 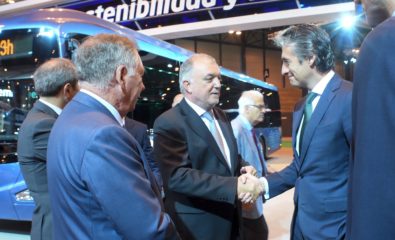 VDL gets order for largest electric bus fleet in Europe