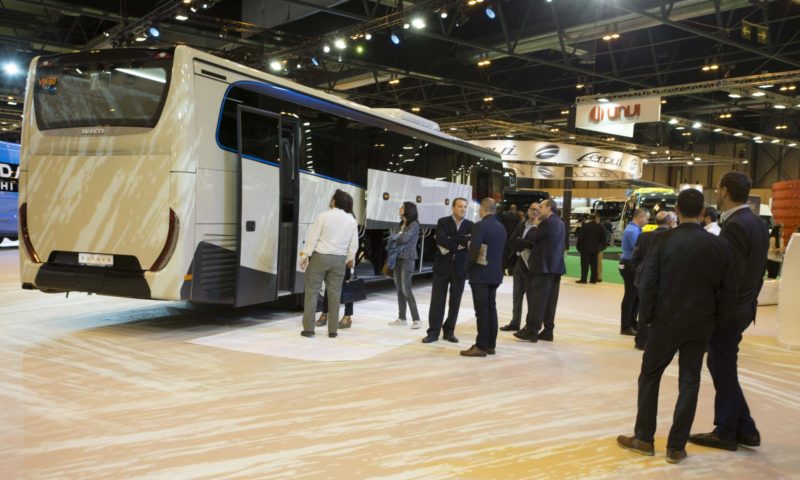 The Fair will strengthen its global reach with an ambitious programme for foreign buyers.

After the meeting of the Organising Committee of the International Bus and Coach Trade Fair, FIAA 2020, on 26th June, and considering the COVID‑19 situation, it was agreed to postpone the next edition of the event. It had been scheduled from 6th to 9th October of this year, but will now take place in March 2021, when the economic and sanitary situation will allow it to be held while ensuring success for participants. The Fair will be held at the IFEMA facilities at Feria de Madrid. FIAA will be the sector’s first fair in a year of economic recovery and shared mobility.

We expect the business environment in the last quarter of this year to be more favourable and enable FIAA to be once again the primary meeting point for the bus and coach industry, attracting operators and fleets from more than forty countries. FIAA aims to strengthen its international character, and we are working on an ambitious programme for foreign buyers, to help the Spanish bodywork industry and the major international brands to diversify and strengthen their sales.

FIAA will provide a business and sales space that will contribute to relaunching this industry, in a scenario that is forecast to be more favourable by March next year. It is predicted that during the last quarter of 2020 bus travel will recover by up to 70%, consolidating its position by early 2021. Recovery is also expected in the tourism industry, the economy and international travel. And by that time, bodywork businesses and brands will have more new developments than in October, as progress has slowed due to the current situation.

The Fair will also organise the FIAA Summit, in partnership with Spanish industry associations. The Summit is a trade event and a forum for government to meet with bus industry actors.

The FIAA Summit is backed by Spain’s Ministry of Industry, Trade and Tourism, and Madrid City Council, as well as industry actors who are members of the event’s Organising Committee.

Many of the committee members have expressed their commitment to FIAA 2021 as a fundamental tool for the bus and coach industry.

Rafael Barbadillo is chairman of the FIAA Organising Committee and CONFEBUS, the Spanish Bus Transport Confederation. He agreed with the decision and stressed the “cautiousness of the decision to postpone the Fair until next year, given the complicated scenario that this sector is going through. It’s one of the most affected by the current crisis and the consequent travel difficulties. Next year, we expected to be back to normal, with freedom of movement that will allow visitors to come to the Fair from other countries, further enhancing the international character of the event.”

Juan Manuel Sierra is director of ANETRA, the National Association of Bus Transport Entrepreneurs. He stresses that his association, as a member of the Fair’s Organising Committee “has backed it every year. For us, the FIAA is the leading fair for scheduled and occasional tourism transport. We understand that the delicate situation we are going through makes it more realistic to postpone the next edition of the event until March next year. The sector we represent will welcome this edition with much enthusiasm and interest, as this kind of event is essential for us. We at ANETRA actively support the FIAA, and we’ll have our stand there to meet our members.

Javier González Pereira is chairman of the National Association of Bus Bodywork Manufacturers, ASCABUS. He emphasises that “Given the COVID-19 situation at present, the changing business environment for road passenger transport and the sharp drop in demand for buses and coaches that directly affects the companies in our Association, we have to accept that FIAA 2020 cannot be held this year under optimal conditions. Let’s hope that the situation improves over the next few months, and we can hold FIAA in 2021. ASCABUS thanks the FIAA Management team for all their work, as they did everything possible to go ahead with the Fair.”

Verónica Reitano is EVOBUS Events Manager. She describes the FIAA postponement as very positive “given the circumstances and the market uncertainty. We hope that by next March the situation will be clearer, with sanitary conditions that allow the Fair to go ahead with satisfactory guarantees for exhibitors and visitors. Especially as by next year the industry will be ready to present its new products.”

The General Manager of ACTIA SYSTEMS, Jesús Corrales, expresses himself in similar terms. He points out that “having consulted transport businesses and ancillary industries, we clearly saw that the sector wasn’t ready to present its new developments yet, as they had been forced to stop work on new projects during the pandemic. Also, the economic environment isn’t very favourable. However, we‘re confident that by next March things will have improved enough to allow us to hold FIAA better conditions. And FIAA will be the industry’s first event of the year in Europe, at a time when the sector will be eager for this kind of event, to find out what’s new. That will also help to further enhance the event’s international character.

In addition to the messages of support from EVOBUS and ACTIA SYSTEMS, other companies, such as IVECO, who are members of the Fair’s Organising Committee, also support FIAA as a tool for encouraging trade in the bus and coach sector.