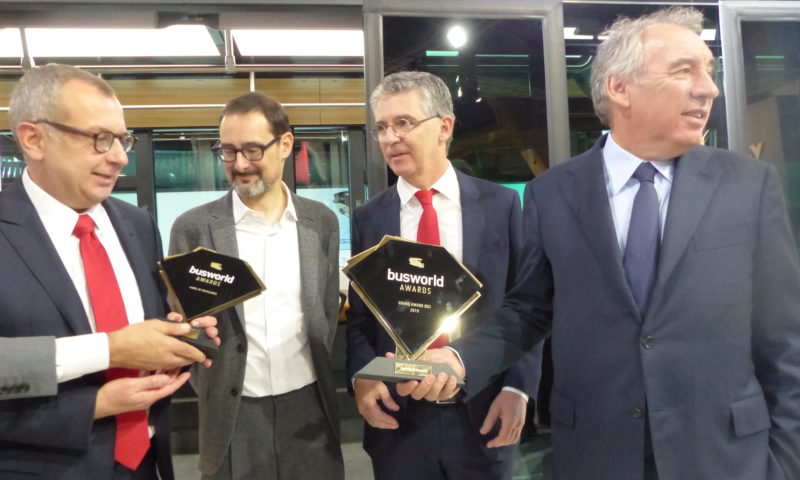 Traditions are there to be respected. Every Busworld Europe edition comes with a Busworld Awards, formerly called European Coach Week (ECW). That was no different this year, but the decor was more majestic than before: the Atomium.

More than twenty vehicles which are used for all kinds of tests in all sorts of categories gathered around the most famous monument in Belgium. The predominance of buses, mainly electrically powered, was striking, apart from the large number of participants. An international jury judged each car down to the last bolt.

Ten Busworld Awards were awarded in the bus and coach category.

During this edition, the members of the jury observed some general trends. Yutong and, by extension, all Chinese manufacturers have made significant progress in general and already meet European standards in many areas. A second observation concerns the guide facilities.

The Tour guide media have been greatly improved: the availability and user-friendliness of connections is improved: multimedia, WIFI, laptop connection and mobile devices with screens and sound are improving significantly.

The Van Hool Exqui.City 18 FC trambus destined for the southern French city of Pau received the Busworld Grand Award Bus. Thanks to its 300 km capacity of operational autonomy, which totally surpasses that of other vehicles, the hydrogen fuel cell bus has also been awarded the Ecology label.

The Grand Award Bus was awarded to the Van Hool Exqui.City 18 FC hydrogen/fuel cell bus destined for the southern French city of Pau. The jury praised the safety features, the completely separated driver’s desk with centrally located controls, the excellent visibility for the driver and the multitude of cameras covering the entire external area of the bus. In addition, this trambus was awarded the Ecology Bus label for its greater autonomy in comparison with electric vehicles.

The Comfort Bus label was awarded to the Mercedes-Benz eCITARO for its highly ergonomic approach to the driver’s desk, the space, the accessibility of everything, the display and the equipment.

The Yutong U12 was awarded the Bus Design label thanks to its European level of design, as well as its high score with regard to the aesthetic balance of the interior and its overall appearance on the outside.

The MAN Lion’s City 12G was praised due to its extensive passive safety features for the driver, the acoustic blind spot warning, the mirrors displaying the entire front of the bus and the overall high ratings for other safety aspects for the driver and passengers in general. All of these features suffice to award the newcomer the Safety Bus label.

With its new 9900, Volvo wins through good scores on design, maintenance, ride quality, comfort and acceleration. Designed and built in Poland, the 9900 stands head and shoulders above the competition according to the jury.

Safety is another quality of this car. Also in this category the difference with the other vehicles is quite substantial, which yields Volvo the Safety Award once again. The jury was impressed by the passive & active safety automated fire extinguishing system, black box system or on board computer, the driver passive safety (energy absorption zone) and the passenger safety (light entrance and exit).

The COMFORT COACH Award goes to the double-decker Setra S531 DT and Van Hool EX11. Both ended ex-aequo. The Setra performs well on driver comfort, tour guide media & passenger environment and comfort. As far as the Tour guide media is concerned, everything is available. This is not the case for all vehicles.

The Van Hool EX11 performs well on vehicle ergonomics, driver ergonomics, touring guide comfort (space, extra micro) and media and passenger comfort. In addition, the audio system, the space between seats, the armrest between seats, leg space and the VIP set up also appealed to the jury.

The DESIGN COACH Award goes to the Chinese manufacturer YUTONG T13. The jury liked both the design of the exterior and the interior. The finishing and placement of the interior, equipment and components were very accurate.

The ECOLOGY COACH Award also goes to the Chinese manufacturer YUTONG ICe12. Yutong uses many recyclable materials in the interior (less plastic, etc., more metals). It was also the only electric vehicle in the coach category making it perform much better in terms of emissions than the other vehicles. 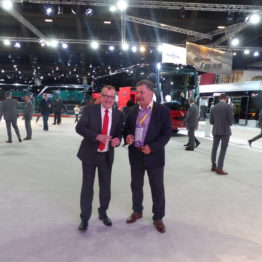 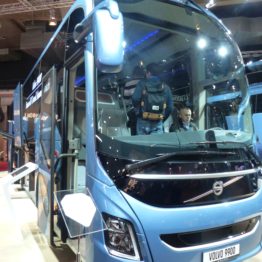 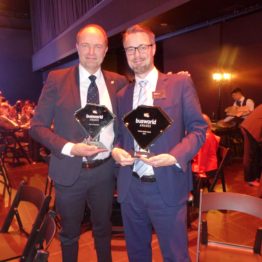 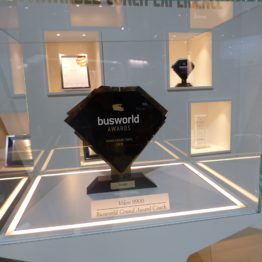 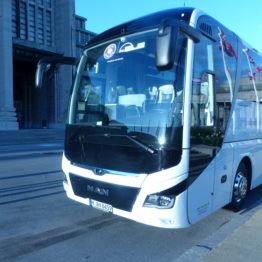 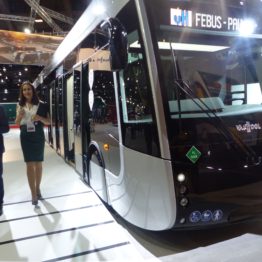 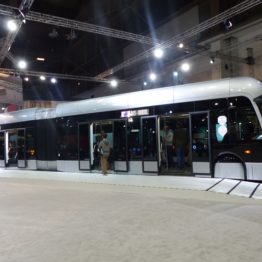 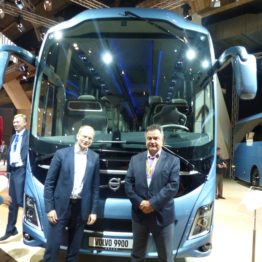 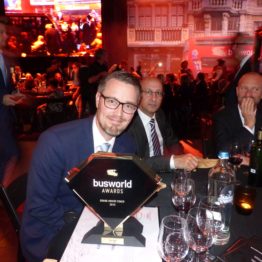 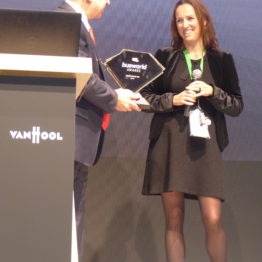 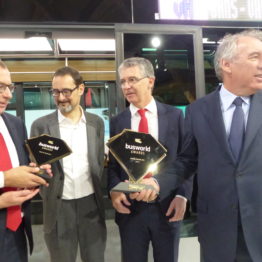 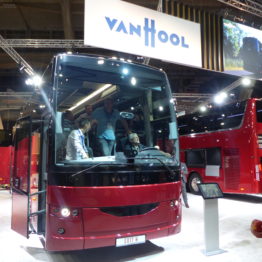