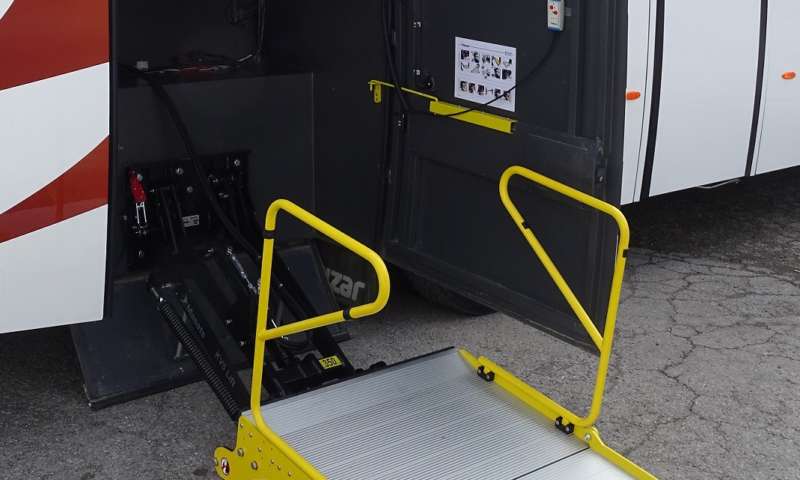 Masats is celebrating its 50th anniversary

It will get its customers involved in this commemoration at the International Bus and Coach Trade Fair (FIAA), where it will showcase its newest developments

Its commitment to people is reflected in the company’s all-new slogan, “50 Years With You Day after Day”

This year at the International Bus and Coach Trade Fair (FIAA) in Madrid, Masats will be celebrating the 50th anniversary of its foundation, the purpose of which was to make people’s day to day easier with products equipped with the best technology and reliability to make public transport more accessible and comfortable. Its commitment to people is reflected in the company’s all-new slogan, “50 Years With You Day after Day”, which is aimed at spreading awareness among everyone for whom public transport is a fundamental part of their daily lives.

The upcoming edition of FIAA, which will be held at the IFEMA fairgrounds from 23rd to 26th May will be special for Masats because in addition to presenting its latest developments for passenger transport, the company will get its customers -its most valuable asset- involved in the celebration of its half-century of history.

It decisive people orientation and desire to make their day to day easier is reflected in the redesigned Masats corporate image which mirrors its evolution towards a modern and proven product of the greatest rigour and with the highest levels of technology and reliability. The new corporate concept transmits the company’s identity of making people transport more accessible, making drivers’ work easier and making operators’ fleets reliable.

Since its origins as a manufacturer of pneumatic equipment for buses, Masats has gradually expanded its product range with electric doors for road vehicles, a sector where it was a pioneer in the 1990’s, bus ramps for people with reduced mobility and lifts for coaches.

As part of its vocation to create accessibility systems that make people’s lives easier, Masats has made a decisive commitment in recent years to the railway sector with a specific product line which is highly valued by the sector including on-board doors, steps and ramps for railway vehicles. Its strategy to assist people in their daily needs, Masats took a major step in 2016 with the presentation of its new business sector – platform doors or PSD, aimed at making stations safer.

Achieving the utmost safety has always guided Masats throughout its history with the company currently offering doors which feature the highest levels of electrical and pneumatic safety and which facilitate efficient access by people with reduced mobility.

At the upcoming edition of FIAA, Masats will showcase its wide range of doors with the latest new developments for Sprinter minibuses and the KV5 Lift, which will be presented for the first time at this Bus and Coach Trade Fair. It is a hydraulic vertical lift for dedicated doors with a simple and practical design. Nonetheless, the star product Masats will be taking to the trade fair will be the new version of the 028C Sliding Door, which has been updated to pass all of the most demanding tests as far as the durability, vibrations and water tightness for exceptional results. The current Masats range also includes swing doors for urban purposes and outward opening doors for inter-city and luxury vehicles as well as minibus doors. 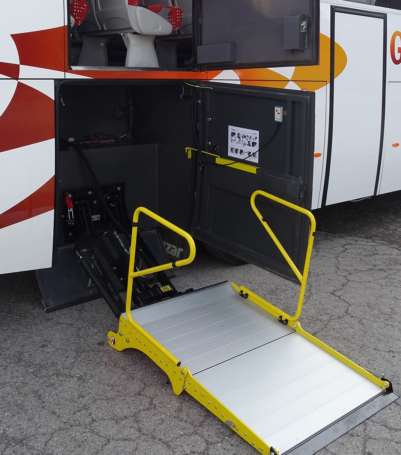 Emission-free and efficient heating of E-buses

The first electric buses from Solaris in France