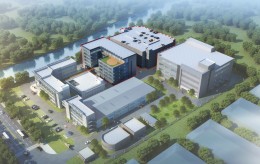 ZF in the Asia-Pacific Region: The Growing Importance of a Dynamic Market

Over the past few years Asia-Pacific, with China being the largest market, has developed into one of the most important regions for ZF Friedrichshafen AG. With a turnover of € 6.4 billion, more than one fifth of the company’s € 29.2 billion of sales was generated there in the 2015 fiscal year. ZF is acknowledging the growing importance of this dynamic market with a change in the Board of Management; effective April 01, 2016, the Corporate Market Function is now centrally responsible for the region of Asia-Pacific.

Totaling 22 percent of Group sales, the region of Asia-Pacific is among the most important of ZF Friedrichshafen AG’s markets. Sales have more than doubled since 2013 in this region, from around € 3 billion in 2013 to € 6.4 billion in the last fiscal year. In China, the largest submarket of the region of Asia-Pacific, ZF generated sales of € 4.8 billion with 13,800 employees. ZF employs 17,300 people in the entire region. “We expect continued significant growth for the Asia-Pacific region in 2016. Our most important market, China, is on a moderate but clear growth path,” says ZF CEO Dr. Stefan Sommer.

To meet the demands of this significant and dynamic market, ZF has re-allocated its Board of Management responsibilities, appointing Peter Lake, Board Member of Corporate Market, to lead this region, effective 01 April 2016. This was previously the responsibility of Board Member for Human Resources, Jürgen Holeksa.

ZF is focusing in particular on local system solutions. It has a strong production presence in the region of Asia-Pacific to satisfy the increasing customer needs in terms of localization and the required competence. Current examples are the application of the TraXon automatic commercial vehicle transmission system for the Chinese market as well as the start of volume production of a commercial vehicle clutch system for Chinese customers in the first half of 2016.

ZF is enhancing its research and development footprint in the Asia-Pacific region in order to develop products for the market directly on-site. It is currently expanding its R&D center in Shanghai with additional laboratories, test benches and offices, for example. The expansion will almost quadruple the original area from 11,000 to 54,000 square meters. The latest technologies and additional capacity are not just available in Shanghai itself, however. A new crash test sled system – the Group’s fourth crash test facility worldwide – was opened in mid-April in ZF TRW’s R&D center in nearby Anting. By recognizing the importance of the Asia-Pacific market and investing in its development capabilities, ZF is able to more effectively meet the needs of existing and new customers. 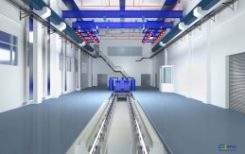 Emission-free and efficient heating of E-buses