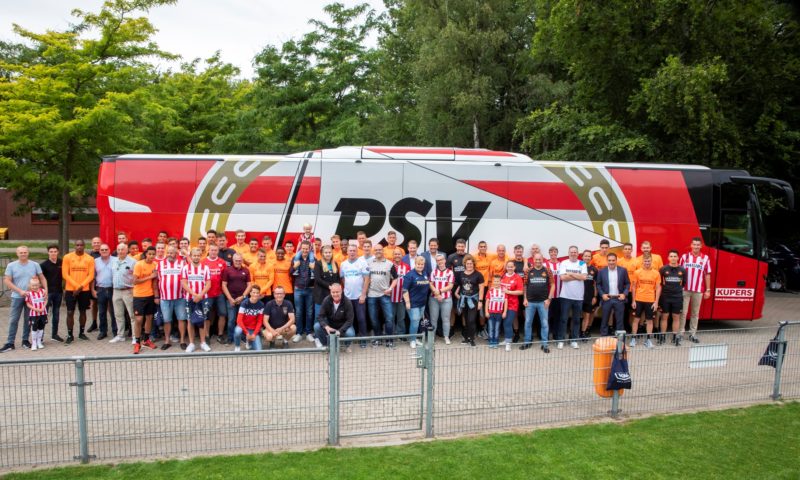 In the hunt for their 25th national championship, PSV will have a brand new team coach to transport the Eindhoveners to their matches starting with the 2019/2020 season. The deluxe 13.9-metre long Futura was presented to Kupers Touringcars today and at the same time officially presented to PSV’s supporters, players and staff. 30 supporters, the lucky winners of a special PSV contest, picked up the vehicle at VDL Bus & Coach in Valkenswaard. The team coach was officially presented to players and staff at the Herdgang, PSV’s training complex.
Willem van der Leegte, President and CEO of VDL Groep, spoke at the event: “The fact that we are delivering this coach is a fantastic example of the cooperation with Kupers Touringcars and PSV. This demonstrates perfectly how we work together in the Brainport region. We and all the VDL employees in Valkenswaard who worked hard on this fantastic coach wish the players and staff of PSV many comfortable, safe kilometres and, of course, a successful football season.”

Complete with every convenience
The new PSV team coach is a deluxe VDL Futura coach, finished for maximum comfort, with numerous modern technologies, and features red as the most dominant colour in both the interior and exterior. The motto ‘Unity makes strength’ is printed in Dutch on the back of the 3-axle coach, with a picture of the red and white shirt emblazoned with sponsor name ‘Metropool Brainport Eindhoven’ below it.
The vehicle has 36 red and white leather seats, with USB connections close at hand. A deluxe kitchen at the back of the coach spans the full width and includes two refrigerators, a microwave, oven, coffee maker and a worktop with mixer tap and sink. There is on-board Wi-Fi, along with a toilet and six LCD screens. There are also 6 VIP tables with LED spots, each of which sits 4 people.
The PSV team coach is owned by Kupers Touringcars, official supplier of PSV for many years now. Kupers provides the bus transport for the first string, PSV U21, the PSV women, the youth teams and the club’s supporters’ association. 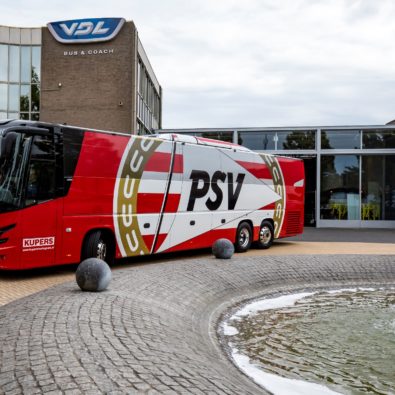 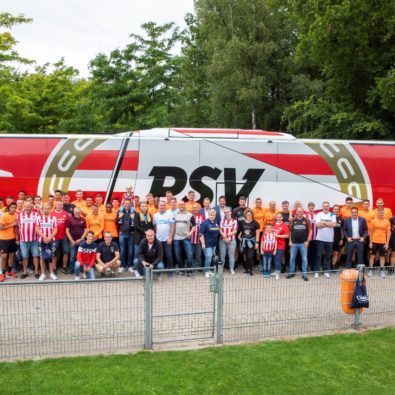 Solaris with Innovation Award in the category “Electric bus: Intercity“ On 26 April, at a festive…
Previous Post