Scania has inaugurated its city bus production in Narasapura in the Indian state of Karnataka in the presence of the Swedish and Indian transport ministers. Scania has so far invested about SEK 400 million (EUR 40 m.) in Narasapura, where the company has al so been assembling trucks since 2013.
Scania’s industrial operations in Narasapura, 40 km east of Bangalore, already include final assembly of truck and bus chassis as well as bodybuilding and fitting out of complete vehicles. The production of fully-built long-distance coaches is already running. The city bus production will begin shortly, and the first deliveries are planned by year-end. The head office of Scania’s Indian subsidiary is also located in Narasapura, as well as a service workshop and a central parts warehouse.
The production facility is currently designed for 2,500 trucks and 1,000 buses per year and has 600 employees. Within the next five years, Scania expects to double capacity and to recruit a further 200 employees by the end of 2017.

In India, demand is increasing for vehicles with Scania’s quality and performance, according to Scania, as well as service-related products, in line with the country’s rapid economic growth and initiatives to improve efficiency in the transport sector. The Indian Government’s various initiatives to improve the environment and transport systems in the cities are also creating great opportunities for Scania’s sustainable solutions.
Scania has been present on the Indian market since 2007, when cooperation was initiated with Larsen & Toubro (L&T). L&T has successfully established Scania’s trucks and services and has developed a close partnership with customers in the mining industry. During 2011, Scania formed the company Scania Commercial Vehicles India with the aim of boosting its presence through sales to additional segments of the Indian
commercial vehicles market. The establishment of the operations in Narasapura began more than two years ago. 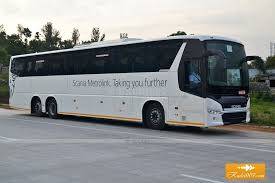 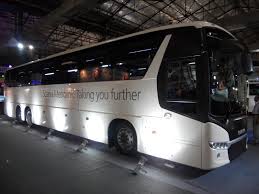