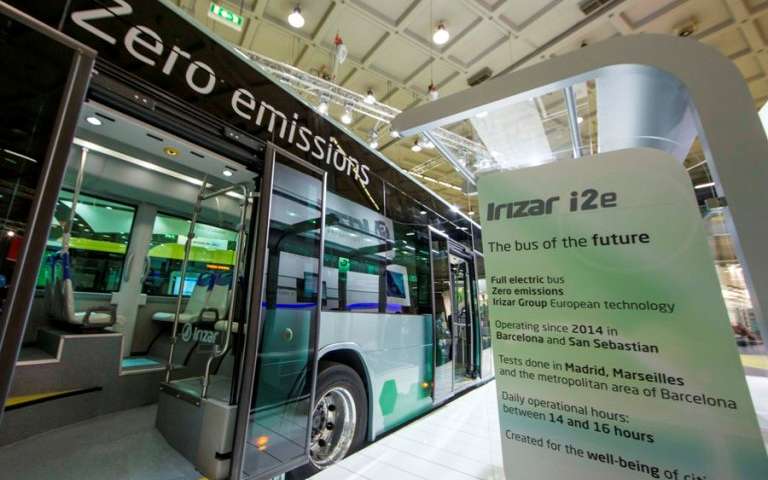 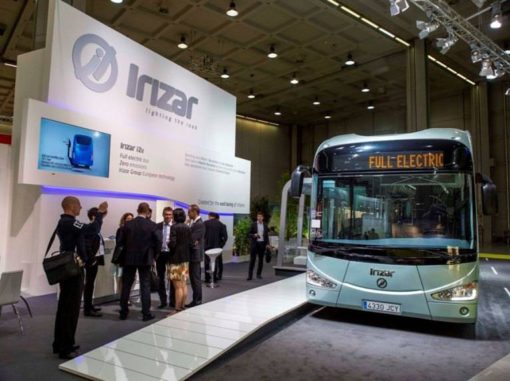 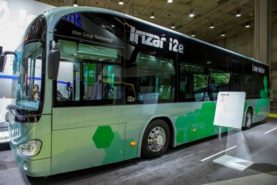 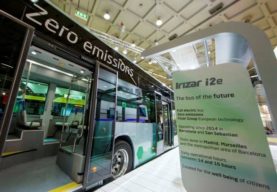 Irizar has taken advantage of its ability to adapt manufacture of buses and coaches to demanding specifications by configuring the vehicles for Tfl and Go-Ahead with 26 seats and one wheelchair place, to give a total passenger capacity of 60. The vehicle will incorporate the on-board fleet management systems and telemetry which are standard in London bus operation.

The i2es are the first buses handled by Irizar subsidiary Irizar UK, better known as sole UK supplier of its coach range. Director Steve O’Neill said: “Our new Bus Project Manager, John Horn, has brought his vast experience in bus sales in the UK to Irizar’s bus team in Spain to ensure these vehicles are appropriate for the London operating environment, and we are confident they will continue the success in Europe”.

“Going forward, we expect to see rapid development of i2e sales in the UK, with a number of local authorities showing an interest in running emissions-free buses in urban and metropolitan areas.”
Go-Ahead London is the largest bus company in the capital. It employs just over 7,000 people from 17 locations, mainly in South, North and East London. The company has approximately 2,300 vehicles, including London’s first fully electric buses and around 110 New Routemasters.

Go-Ahead London run 25 per cent of the regulated bus market under contract to Transport for London (TfL), where routes are awarded under a competitive tendering programme for a period of five to seven years. The company provides over 140 TfL services and in 2013/2014 ran 80 million miles.