Busworld India 2015 was organised in Mumbai at the Bombay Convention & Exhibition Centre from 28 April until 30 April 2015. The exhibition was opened on 28 April by the Minister of Transport of the government of Maharashtra, Mr. Diwakar Raute.

The following bus and coach manufacturers were welcoming the visitors: Scania Commercial Vehicles, MG Automotives, Veera Bus, ACGL (presenting Tata Buses) and SML Isuzu. Each of them presented their special eye catching vehicles.
MG Automotives introduced a new coach, with a very innovative feature: an emergency exit at the rear of the coach. This vehicle was inaugurated by the Minister of Transport, Mr. Diwakar Raute.
Scania Commercial Vehicles showed their green bio ethanol coach. For them bio ethanol is the perfect alternative powertrain for bus and coach in India. They presented their case during the Busworld Academy seminar at 29 April.
ACGL had a very special vehicle in their booth: an amphibian bus. They also chose to present a school bus.

Veera Vahana have launched their maiden city bus completely manufactured in India emphasizing the “Make in India” movement initiated by the Government of India.
SML Isuzu have presented different categories of buses including the Hi-Tech coach of ISUZU.

All exhibitors stated that they were pleased with the quality of the visitors, when the Busworld delegation visited them during the last day. Didier Ramoudt, President of Busworld International, stated: “I am very happy with the positive evolution of this sixth edition of Busworld India. Speaking to the exhibitors clearly showed their satisfaction of their participation. We will of course continue this evolution. And therefore we are very strongly considering to move the next Busworld India to the city of Bangalore, since a lot of the exhibitors are in favor of this location.”

A new event for Busworld India was the two day seminar organized by Busworld Academy and the International Road Transport Union (IRU).

On the first day, IRU president Janusz Lacny introduced the seminar. Speakers from UN-Habitat, Embarq, Prasanna Purple Mobility Solutions and IRU spoke about mobility, BRT and the role of private operators. Together they concluded that there is a need to organize an IRU High Level Debate in India.

On the second day, the seminar was introduced by Mr. Jan Deman, Director of Busworld Academy with a focus on two main themes: (fire) safety and sustainability.
Safety should always be the number one attention for every manufacturer and operator. Topics such as fire prevention measures inside vehicles and driver alertness were discussed before lunch.
Buses and coaches can be a solution for environmental problems, this was the second theme in the afternoon. Different alternative powertrains were discussed, each and every one having its advantages. But one thing was clear: India needs a lot of buses and coaches in the near future, replacing other, more polluting vehicles and resolving both the air pollution and congestion problems. The potential for the industry is huge, the production of buses should rise from 54.000 vehicles per year to 150.000 per year! 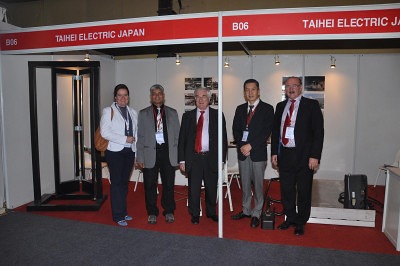 Turkey is a real bus and coach minded country. Both ridership as well as production…

Safety of Vehicle – Safety of Passenger conference in Warsaw

During the “Safety of Vehicle – Safety of Passenger” conference, the representatives of the leading…