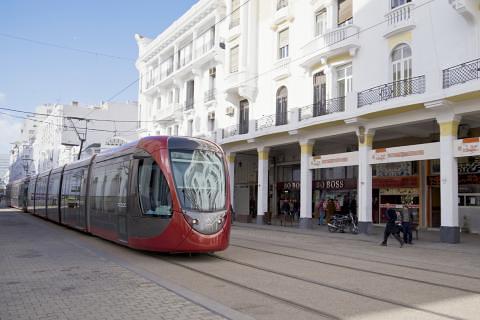 UITP (International Association of Public Transport) has announced the opening of a new office in Casablanca on the occasion of the UITP MENA Assembly in the Moroccan city.

UITP’s MENA Assembly, which took place this week, was the Association’s first ever event in Morocco and only its second in the Maghreb. The event focused on the issue of financial and economic governance and was attended by more than 130 transport professionals from the Mediterranean countries and the Middle-East. In addition to Morocco, it highlighted the ambitious projects that are being implemented in the region such as in Algeria (nine cities are either operating or constructing tramway networks), Saudi Arabia and Qatar.

Since UITP’s first event in the Maghreb in 2008 in Tunis, the region has seen exponential growth in public transport projects with the opening of new tramways in Casablanca, Rabat, Oran, Constantine and Algiers to cite just a few examples.

UITP’s liaison office in Casablanca will be in charge of organising and providing training, studies and seminars to public transport professionals in the region as well as raising the international profile of sustainable mobility projects in the Maghreb.

“As one of Africa’s largest cities, economically and demographically, Casablanca is also set to benefit from an extensive public transport development plan in the years to come and is as such the ideal place for a UITP office in the region,” Mr. Mezghani concluded