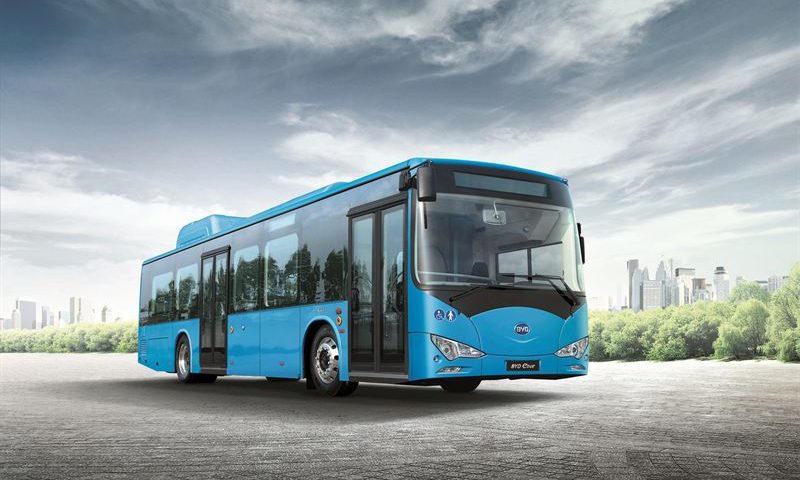 BYD, the “mould-breaking” innovator of pure electric buses, is pleased to announce that it has won a pioneering order for two 12m BYD ebuses targeted at the Swedish city of Eskilstuna, about 100km from Stockholm. This is the first order for BYD vehicles originating from the important – and highly environmentally conscious – Scandinavian region.
The two BYD ebuses will enter into service in November 2015 and be operated by Transdev (formerly Veolia Transport).
The ebuses are expected to meet the demanding conditions imposed by the Swedish Bus 2014 regulations and, of course, will be adapted to operate in the harsh climatic conditions encountered in that part of Sweden in winter.
BYD ebuses have been trialed in more than 42 European cities and have demonstrated not only their zero emissions advantages but also their ability to dramatically reduce operating costs due to the lower cost of electricity versus environmentally polluting diesel fuel. The buses in Eskilstuna will have a range of at least 250km in typical urban operating conditions and this range was repeatedly replicated and indeed exceeded during the European trial programme.
Johnny Struwe, Fleet Manager from Transdev, said: “When we knew we needed to supply all electric buses for this new project driven by the PTA we evaluated all alternatives and finally concluded that BYD offered the best combination of performance, proven pure electric technology and service support. We are looking forward to these pioneering vehicles entering service”.
Isbrand Ho, Managing Director of BYD Europe, said: “This is a highly significant order for the BYD ebus since the Swedish bus market is known to be one of the most technically and climatically challenging in the world. Our advanced ebus model – itself significantly enhanced from the original vehicles already assessed by European operators – reflects the progress we have made in improving the energy saving capacity of our world leading batteries. We are confident that this will be just the first in a series of orders from the Scandinavian operators keen to save both the environment and their operating costs”.