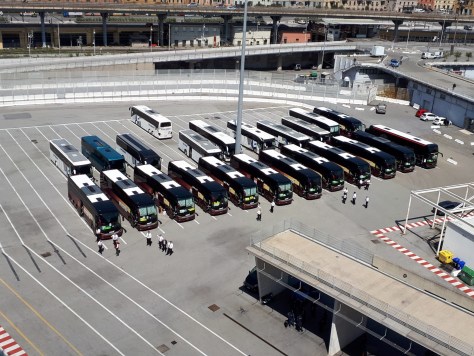 In recent years, Global Passenger Network (GPN) has focused its attention on expanding its network in Latin America. This expansion began in 2019 with the adhesion to GPN of three new coach company members:

The union of these three coach companies has been only the beginning of the expansion in this region. Going forward, GPN is looking to further expand its membership in more countries in this area of ​​the globe. Efforts are being focused on strengthening its affiliation program with Latin American companies in the sector, which will consequently provide more value to the member companies of the network that are part of GPN in Latin America. Therefore, the GPN structure is currently being revised to include a future focus focused on the regionalization of the organization.

To help this new approach, the collaboration of GPN with Busworld LATAM will help a lot by participating in the Event that will take place in Buenos Aires, Argentina from September 21 to 23, 2022.

Busworld LATAM is perfectly aligned with the GPN regionalization action plan. For this reason, GPN has decided to organize its Fall 2022 General Assembly in Buenos Aires (which will be organized by GPN Argentina «SGM Solutions & Patagonia Transfers» and its CEO – Mauro Gaspar) – in parallel with Busworld Latin America. This collaboration will be mutually beneficial for both Busworld and GPN.

GPN members and partners who attend the General Assembly will also visit Busworld Latin America, since GPN will exhibit at the Event and GPN members will be invited as speakers to the seminars organized during the Busworld LATAM Event to share their experience and knowledge with the entire coach industry in this region.

On the other hand, it will be a great opportunity for coach operators and providers of coach companies in this region to have a better understanding of the benefits they would have by joining the organization as members or partners and to receive more information about GPN.

You can read more about Busworld Latin America

The World Summit of Transport Ministers takes place from 18-20 May in Leipzig, Germany. Ministers…