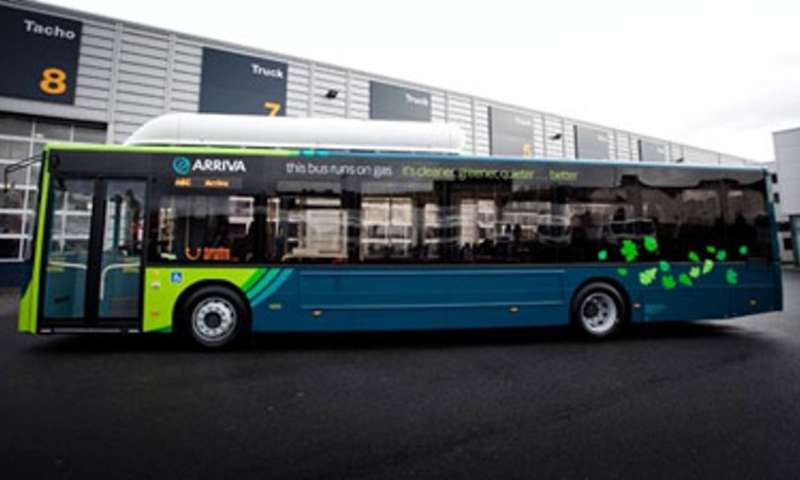 Arriva’s CEO, David Martin, has announced a number of new green goal initiatives that will see the operator cut its annual carbon emissions by 30 percent by 2020, conserve energy and invest in renewable sources and reduce water consumption and recycle more waste.

Arriva’s announcement comes as more than 190 nations gather in the French capital for the two-week summit to seek agreement on an international deal to tackle climate change, with carbon emission cuts at the heart of the debate.

As part of the 30 percent goal, Arriva plans to further invest in ‘greening’ its fleet. It already operates electric and hybrid buses across Europe and is actively investing in new technologies to reduce carbon emissions in existing vehicles, including the Econospeed throttle control system for buses and driver advisory systems for trains.

In its drive to cut emissions, Arriva has launched its ‘Destination Green’ programme setting out environmental ambitions as well as informing employees on how they can reduce their environmental impact with simple steps, such as avoiding unnecessary engine idling, braking gently, turning off equipment, and recycling waste.

Commenting on the operator’s initiative, David Martin, CEO of Arriva, said: “I am incredibly proud to announce this plan with the Paris conference now underway. With these ambitious goals, we are doing what we can to support the delivery of a binding global climate deal.

“As a public transport provider we are already contributing to a greener society, but with Destination Green we want to go beyond that. Arriva’s goal to reduce direct carbon emissions by 30 percent presents one of the most ambitious environmental targets ever set in the transport sector.

“Our plan is also unique in that it focusses heavily on our employees. Climate change cannot be tackled in boardrooms. We need everyone across the business to be aware of climate change and what they can personally do to tackle it. Everybody has a unique contribution to make, and even small actions will make a huge difference.

“By investing beyond bus and rail, we also want to encourage a modal shift and thereby a greener society. We want public transport to be the go-to option.”

The goals set out in Destination Green will guide targets and plans in all 14 European countries where Arriva provides services.